"Far From Home" and I'm Too Close To Feels - Sturtevant's Blog
3908
post-template-default,single,single-post,postid-3908,single-format-standard,bridge-core-2.4.5,qode-page-transition-enabled,ajax_fade,page_not_loaded,,qode-title-hidden,qode_grid_1300,qode-content-sidebar-responsive,qode-child-theme-ver-1.0.0,qode-theme-ver-26.3,qode-theme-bridge,qode_header_in_grid,wpb-js-composer js-comp-ver-6.6.0,vc_responsive

Posted at 09:00h in Snowboard by sturt-fixer 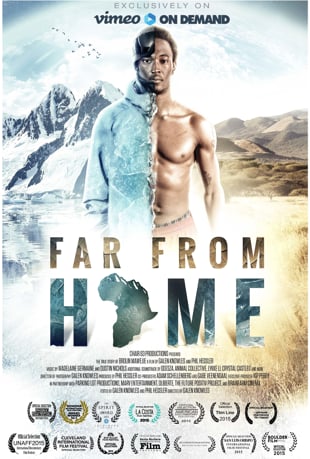 This will be a little tear jerker. Once in a while you need to see something with some heart to it. Just to make sure you’re still human. Far From Home will have that affect on your tear ducts. Make sure all onions are nowhere near while viewing this documentary.

This is exclusively on Vimeo’s website and described as; “Far From Home documents the unlikely story of Brolin Mawejje. Born in the backwoods of Kampala, Uganda, Brolin found sanctuary in the unlikely sport of snowboarding when he emigrated to the States as a 12 year old. He battled against isolation in an unfamiliar culture, a lack of social acceptance, and an abusive family life.
Ten years later, Brolin is now well on his way to becoming the first African to ever snowboard in the Winter Olympics as well as securing his spot in medical school. Sometimes, the rockiest roads can lead to the highest peaks.”

Far From Home from Galen Knowles on Vimeo.