Congratulations Are In Order For The Champ Novak Djokovic - Sturtevant's Blog
4138
post-template-default,single,single-post,postid-4138,single-format-standard,bridge-core-2.4.5,qode-page-transition-enabled,ajax_fade,page_not_loaded,,qode-title-hidden,qode_grid_1300,qode-content-sidebar-responsive,qode-child-theme-ver-1.0.0,qode-theme-ver-26.3,qode-theme-bridge,qode_header_in_grid,wpb-js-composer js-comp-ver-6.6.0,vc_responsive

06 Jun Congratulations Are In Order For The Champ Novak Djokovic

Posted at 22:38h in Tennis by sturt-fixer

One of the most debated current greats in tennis has finally added the Roland Garros French Open Title to his name. 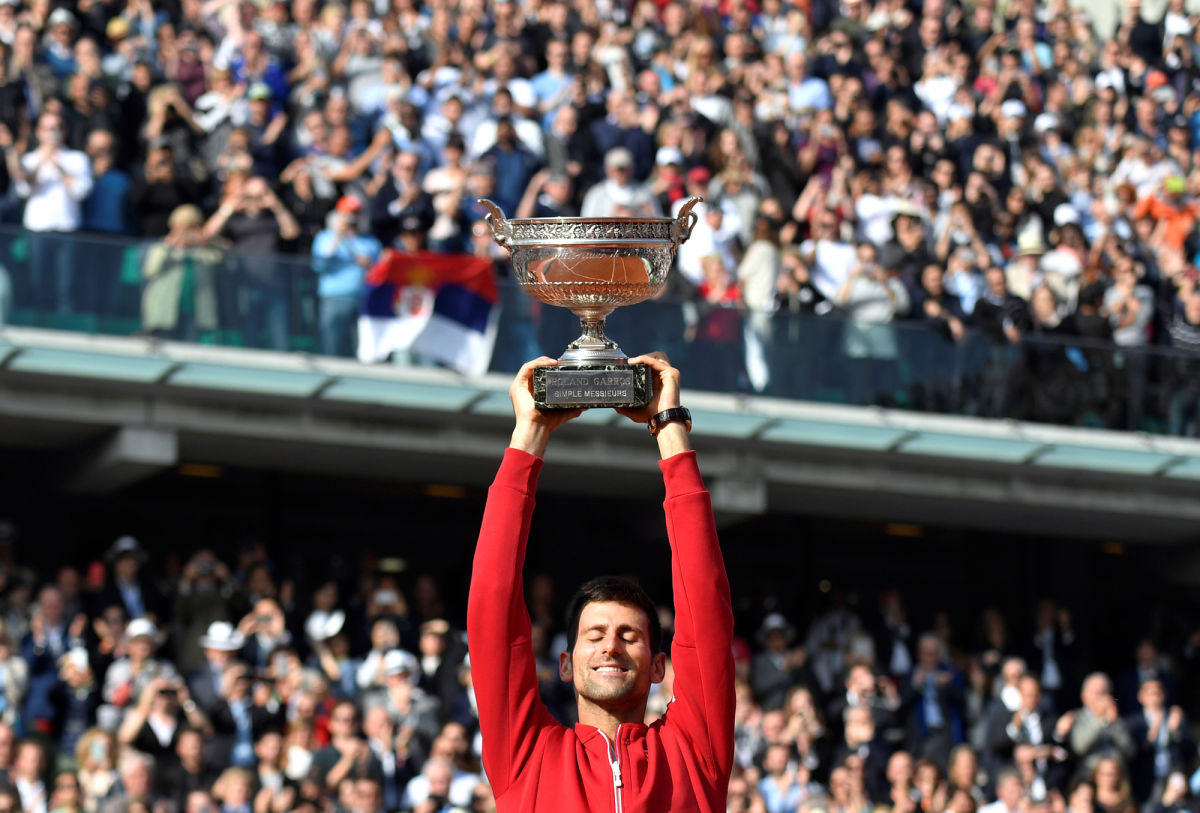 Soak it all in Champ. You’ve earned it.
PHOTOGRAPH BY PHILIPPE LOPEZ / AFP / GETTY

After many years of coming so close to earning his Career Grand-Slam. Novak Djokovic can finally say he’s done it all. Doing it all in grand fashion too. With this recent win, Djokovic also happens to be only the third men’s single player to ever hold all four slams at the same time. Last person to do that was Rod Laver back in 1969. Almost 50 years ago.

Novak defeated Andy Murray going 3-6, 6-1, 6-2 and 6-4 on Sunday. Doing what Novak does best turning the match around after a rough first set. Murray still going strong after taking most of last year gave the peoples champ a good run for his money. Which by the way, made Djokovic the first tennis player to earn 100 million dollars in prize money.

There’s been a lot of debate  whether or not Novak should be placed in the conversation for one of the greatest to ever play. If you ask me, my answer is yes. Now that he’s added his ever elusive French Open to his collection. Novak still has a shot this year at an Olympic Gold in tennis along with holding on to his other titles. How many other current greats have that going for them?

This will be an exciting year and I can’t wait to watch it all unfold.

Also a big congratulations for first time Women’s Champion Garbine Muguruza. Pulling off an amazing upset victory over Serena Williams in 5-7 and 4-6 sets.